Its not Monday today, but as we have quite manu coffee bar reviews in the queue, we thought we would do a Saturday special. What better day to grab a cup of coffee and relax than over the weekend.

This coffee bar is in the same vicinity as Rocket, Ceresia and a few others so it does seem like a location that gathers a lot of coffee curious entrepreneurs. I did not really manage to grasp what the name came from as the spelling Kaffebar does appear to indicate some sort of either Nordic or German connection but did not really get any explanation. From what I understood the owner had his coffee training in Australia.

Wonderwall is on a side street off Sukhumvit 31 so fairly easy to reach from the BTS (Sky train). It has a lovey outdoor terrace as well as seating indoors. I like the interior but its somehow charming outside. The drawback there is of course that smoking is allowed so if unlucky one can end up next to a smoker. Indoors it is more standard cafe look but neither cool nor trendy. Free wifi is nice though so one can linger for some time. Service is friendly, fairly quick but a bit lacking in English skills but that does not really matter (and compared to my Thai they are light years ahead)

Coffee on the terrace 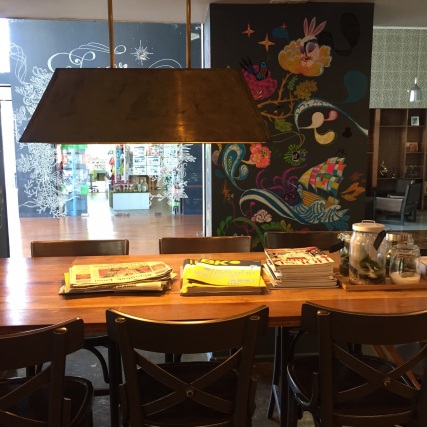 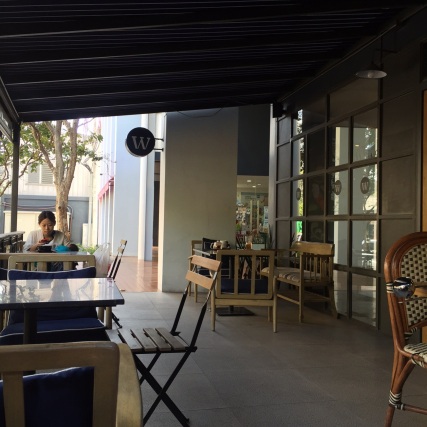 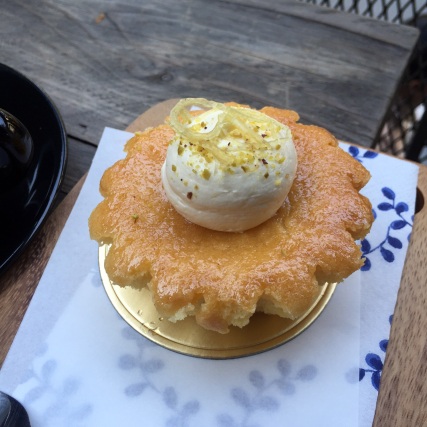 They also serve pastries and light cafe meals as well as traditional British pies. The food is good but not as much in focus as the coffee. The selection of coffee is impressive, when I visited there were eight different roasters represented and they also had their own blend. All coffees can be ordered either as Aeropress or pour over and either hot or cold.

The coffees are very well prepared but the quality of the cup varies a lot depending on the coffee ordered. We had a lovely Ethiopian cup while the Thai coffee was just decent (tones of nut, chocolate but also a lingering bitterness that disturbed). No doubt that they know their stuff here but I also think they could benefit from reducing the number of coffees offered to have quicker turnover of the open bags and perhaps only take in really good coffee. If you are in the neighborhood Wonderwall is a good option.

So how does it rate:
Coffee quality: 3.5
Ambience and Service: 4
Food: 3
Vs Local Average Competition: 4

A 33-year old entrepreneur and wine-lover. Lives in Stockholm, Sweden.